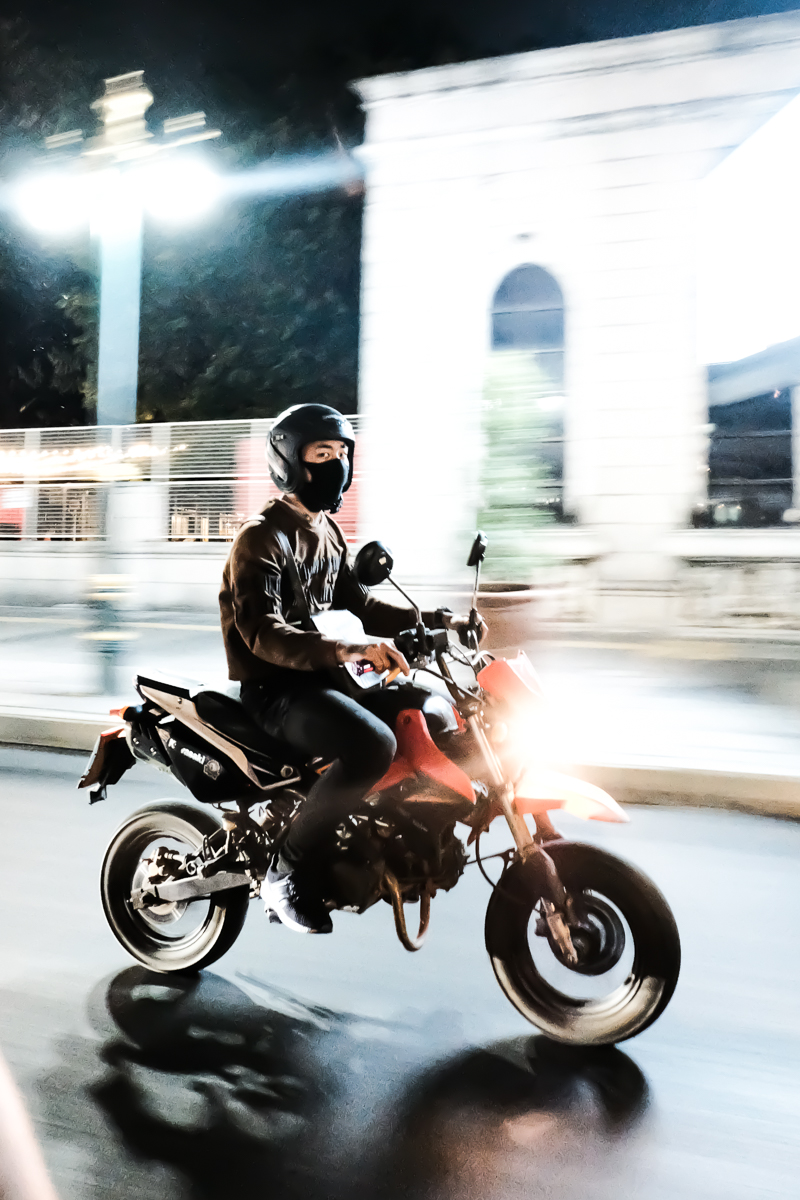 From January to August of 2019 I made Bangkok my home. My experience with the city evolved over the entire course of my time there—certain aspects of life that felt novelty became ordinary, and otherwise invisible facets emerged. However, one thing that never changed was my love for bikes.

Bangkok is plagued by problems rarely encountered in my home country of the United States. The city organically weaves its way along a serpentine river, creating angles and alleys that constantly turn you around. The concept of a grid system doesn't exist there, and even cardinal directions are useless for giving navigation. As the city continues to amass and modernize, the streets are bursting at the seams with traffic. It is not uncommon to be stuck on one street for an hour while the arterials slowly drain to the suburbs. Therefore if you are navigating the city and you can bear the heat (and/or rain), the best way of getting around is on the back of a bike. The following is a series of photos I took mostly from the back seat of a moto taxi, the best way to weave through traffic and see the city.